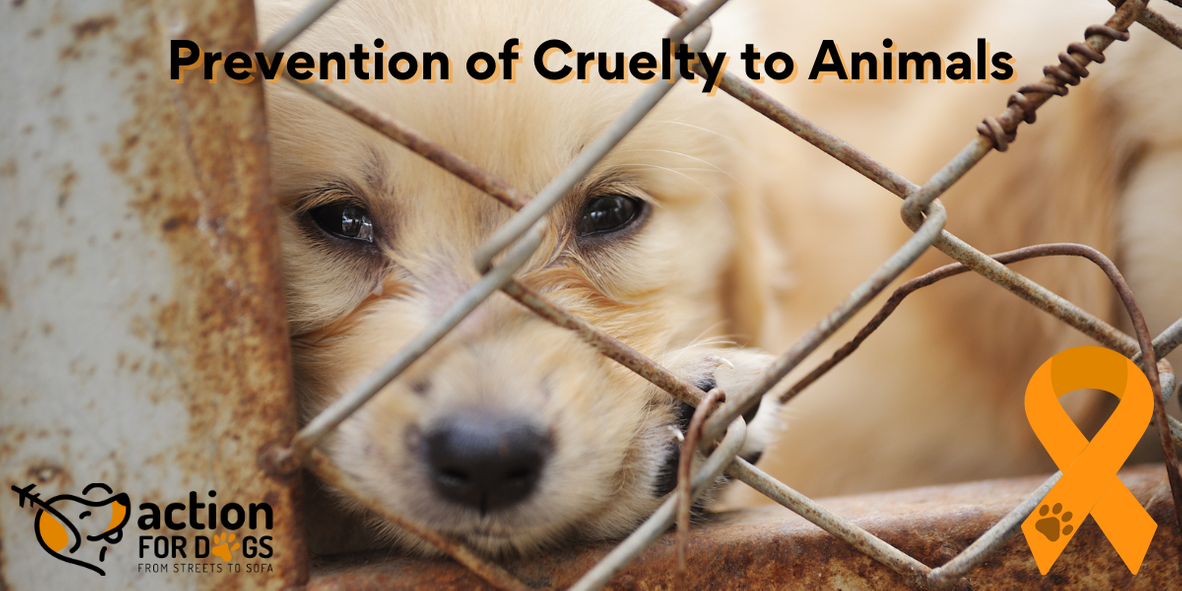 HERE’S SOMETHING YOU NEED TO KNOW ABOUT ANIMAL WELFARE

BE A VOICE FOR THOSE WHO BARK

Most of us love our animal friends and wish nothing but happiness for them. We feel a deep-rooted connection on an emotional level and are able to see the joy in their eyes. Our pets become our closest companions, and we share love and memories together. Seeing any animal in some form of pain or distress causes us to experience empathy and want to do whatever it takes to help them.

However, there are a few who aren’t so empathetic. Disconnected people with a lack of love in their heart who believes neglect and abuse of animals is acceptable. As we spring into April, we also enter Prevention of Cruelty to Animals Month.

Heartbreaking statistics from Petpedia show that the most common victims of this type of cruelty are dogs, making almost 65% of all abused animals.

Do you want to make a difference and help keep these animals safe?

Start by learning the signs and what to do if you suspect an animal is being abused. To help prevent the worst and future abuse of dogs or other animals.

Every 60 seconds, one animal suffers abuse[1]

How to recognise the signs of cruelty to dogs

Animal abuse can take on different forms. Passive acts are indirect mistreatment. Most neglect cases are passive, such as keeping a dog outside without shelter often chained up or left alone for long periods of time without water or food. Unsafe and dirty living conditions also fall into this category of abuse. Not to forget the likes of tight collars on dogs who have grown and not had adjustments made or larger collars fitted.

Active forms of mistreatment involve intentionally harming an animal. For example, beating, whipping or branding a dog in various forms including the cutting of tails and/or ears for whatever reason.

Other common signs to look out for which may indicate a dog is being treated cruelly can include:

How to report animal cruelty?

If you see signs of an animal being abused, speak up. It is important to report it as soon as possible. Reports can be made to police, specifically humane officers, animal cruelty organisations or your local rescue centre. It is even possible to inform a vet if the animal is injured and in need of emergency aid.

Document any incidents you witness taking place with a note of times, dates and any known names or id of the individual(s) involved to pass onto the authorities. It is equally important to take photographic or video evidence where possible as it can help charges be brought against the offender. Animals can’t speak for themselves, so it’s on us to be their voice.

Never try to interfere directly on your own. 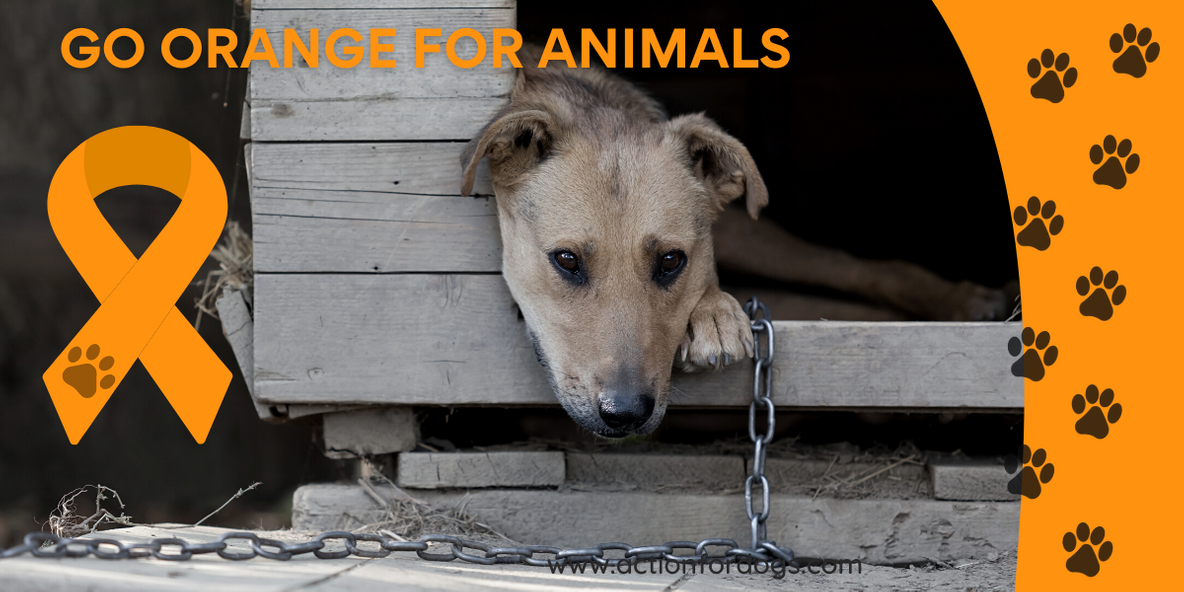 Millions of dogs are euthanised each year. By adopting your not only helping a dog’s life your saving another at the same time. Animals are being euthanised as the number of rescues in shelters are so high that many centres don’t have space to take in animals. When you adopt, it will create space for another dog to be rescued.

Also adopting can feel extremely rewarding, pets are great for your health and adoptees can deliver an extra boost to your well-being. The amazing bond you will develop with your dog as they develop unconditional love for you as you change their life for the better.

All animals need love, but some more than others. Dogs of every age, size, colour, temperament and breed are in shelters and all are waiting to be rescued. The process of adoption is now easier than ever before. It starts with an application form or an online quiz at websites such as Adopt My Pawfect Match to be linked with your most compatible companion.

When you adopt, you’ll change a homeless animal’s whole world. 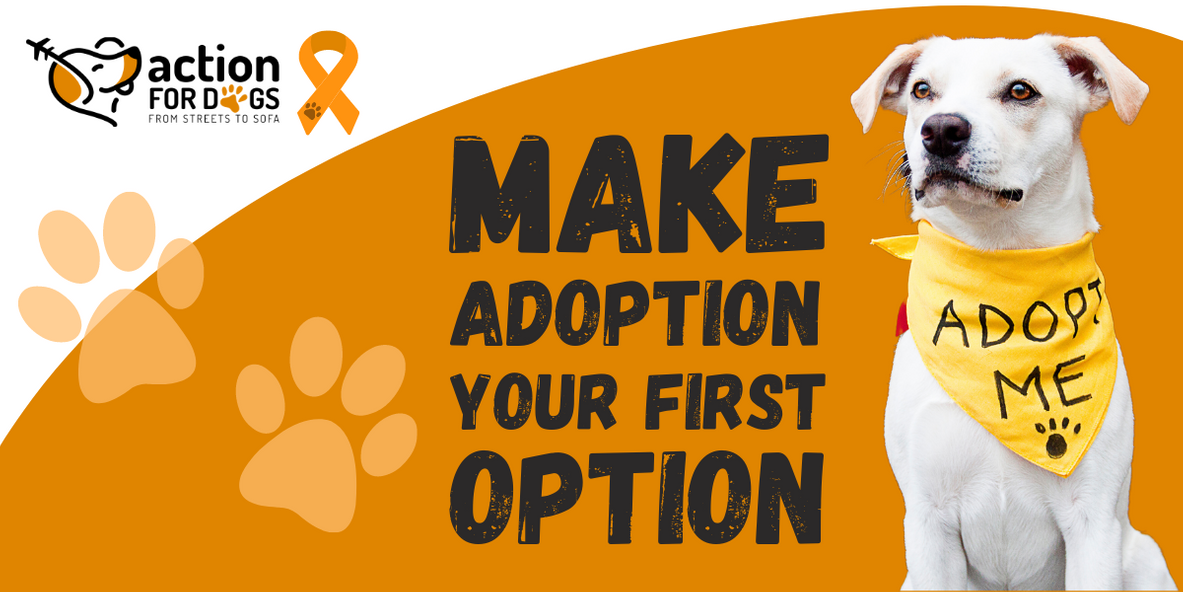 Conclusion - No animals deserve to be abused, so it is important to speak up and support our furry friends when you notice something isn’t right. Connect with us on Facebook and Instagram to join the cause and spread awareness - GO ORANGE FOR ANIMALS, share the ribbon and be a voice for those who bark.

We are a UK Ltd Company (12102212), fully registered and insured ATA Pet Transport, ensuring you peace of mind for the entire journey.